What is middle age? I finally got the courage to look it up. There were varying opinions, of course. Webster’s Collegiate Dictionary says it’s “the period of life from 45 to 64.” Wikipedia stretched the upper number to 65. I read one article that seemed to think it didn’t start till 60, I liked that one.  http://www.nhs.uk/news/2015/04April/Pages/60-the-new-40-claims-media.aspx

Shelley Emling, senior editor of The Huffington Post  wrote an article titled “25 Sure Signs You’ve Hit Middle Age.” In it she claimed one study says the average person believes it begins at 35–really? And that same average Joe apparently thinks old age begins at 58. In fact, at the end of that article one commentator, ie. common tater (and it was a young man, ahem) claimed that old age begins for women at menopause because that’s when they start to lose their beauty and everything just goes downhill from there. Obviously not a doctor, probably not a husband, not if he wants to keep his head when his wife goes into menopause. Not to cast aspersions on Ms. Emling’s article. It wasn’t supposed to be a scholarly piece on what constitutes middle age. It was meant to reflect popular opinion on what does and offer a more practical approach to our view. “Middle age is a mindset.”   http://www.huffingtonpost.com/2014/05/01/signs-of-middle-age_n_5234201.html

So, anyway, after I got over the common tater’s aspersions on my gender’s aging process, and read a few other articles and opinions, I came to the conclusion, I have just started middle age, and I am 56. There, I said it publicly, I’m more than half a century in years. And, yeah, sure, there are times I feel it. I wake up with an aching back, my left knee gives me trouble, and my right shoulder hasn’t been the same since the surgery. But, I find it kind of odd that it didn’t really hit me till last week (in the shower, my place of inspiration apparently) that I am middle age. I mean I’ve been saying I’m getting older, but I just never classified myself officially.

On the bright side, if I’m middle age at 56, middle being halfway, then I should live to 112. On second thought, I’m not sure I want to do that. But at least I now have a good excuse for some of the things I’ve been doing, and thinking. It’s okay to go to bed by 8:30 when you’re middle aged. It’s okay to change the way you dress, do your makeup, style your hair, and state your opinions. ‘Cause your middle aged. Go ahead, cut loose, wear purple and red together. Laugh at the changes you experience. Put flowers in your hair. Do that thing you’ve always wanted to but couldn’t find the time, or were afraid of what people would think. Go ahead and change yourself into a writer, cause that’s what you really want to be. Define your own middle age, and enjoy it! Yvonne Schuchart
Writer of suspense, mystery, the paranormal, poetry--short story, novel, novella. I write to entertain, inspire, motivate. I write what I would love to read. And I love to read!
|be yourself|change|courage|middle age|writer|writing
Previous post
Next post 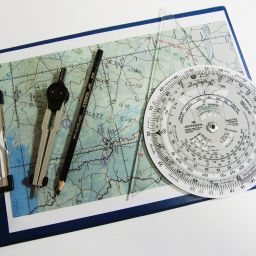 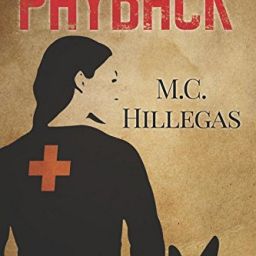 Definitely a mindset! And we both need more reminders of how much more awesome this age is (than oh say puberty)

Oh yeah, way better than puberty! We’re sooo much cooler than that!

WHAT? You mean I’m middle aged? LOL You’ve no idea how relieved I am to hear that! For the past week I’ve been thinking OMG I’ll be the big 60, I’m old. My son turning 40 didn’t make me feel old, 5 grandkids never made me feel old nor my 2 great grandkids but the thought of hitting that 60 mark in my life? Suddenly I felt old. Perfect timing Cindy this was exactly what I needed to read. Thanks lol I think I’ll go play on the swings at the play ground now.

Yup, you have free reign now to be that cool middle aged grandmother! Enjoy!!