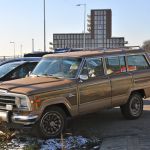 The winding country road stretched out ahead, not another vehicle in sight. It was a perfect day for a long ride. I’d just left work around 3:00 pm and decided to go for it. Get out on my own and learn the ins and outs of my new motorcycle.

The 1984 custom, Harley, Sporster I’d bought on e-bay was my first. Oh, I had a Honda before that, but it just wasn’t the same. This was the thoroughbred of motorcycles, and I had to take it out for a breeze (fancy thoroughbred racing term for letting a horse show its speed without encouragement from the rider).

I soon turned onto a road I’d never been on, and it was clear and quiet. Great place to let ‘er rip. I was having a blast, right up until the engine coughed, spit, chugged, and within a few seconds, died. I started trying to figure out what in the blazes could be wrong when it hit me. The mileage. I’d put too many miles on since I last filled up. I was on an unfamiliar country road without another soul in sight and  I was out of gas!

You see, the bike didn’t have a fuel gauge. The only way I could tell how much gas I used was to keep track of the mileage, and to make it worse, it had one of those peanut tanks that only held three gallons.

So I was sitting there in the hot sun, in full black leathers and helmet, looking for a place to go for help. I spotted one of those historic old school house churches up ahead maybe a half mile away, so I started walking the motorcycle from a straddle position because I was afraid to get off and try pushing it from the side. I didn’t want to drop it my first time out alone.

I managed to push-walk it into the tiny paved lot and tried to hide it out of sight behind the old church, sweating profusely by then. Once I got off and looked around, I spotted a dilapidated, the hills have eyes, sort of farmhouse a good half to three quarters of a mile down a dirt lane just beyond the church. I didn’t want to pull off my expensive leathers and leave them on the bike because I didn’t want them stolen, like anybody was out there in that barren wilderness close enough to care.

So I headed down the lane in full regalia, including my new heavy, clumsy Harley boots, in the blistering heat, sweat pouring down my back,  sure I was about to walk into a Twilight Zone episode and never be heard from again.

I finally made it to the farmhouse and went up the steps to knock on the door. It was one of those places that had a porch that had been closed in and I had to knock hard on the outer door and wait. As soon as I did, a dog started barking and growling, and jumping around behind the inner door. I backed down off the steps and spent the next few minutes checking out my surroundings, just in case I needed to figure out a path to make a run for it.

The house was kind of crooked, the paint was peeling, and there really wasn’t much of a lawn, just a lot of stuff sitting around with weeds growing through. There was a big barn with boards missing, mostly painted red but fading badly. And there was an old, and I mean old, Jeep Wagoneer in the driveway. I was about to turn tail and run, walk all the way out of the badlands back to civilization, when the inner door swung open.

The dog bounded out into the porch, and I was thanking God for the other door between us because he was big. Course he gets bigger every time I recall the story. But anyway, a short little white haired lady leaned her head to one side peering at me through the glass. Her hair was a bit disheveled but she looked normal enough. She pushed the door open just a little and I introduced myself and explained what was going on, asked her if there was any chance she might have a little gas in a can I could borrow from her.

She kept the dog back and stepped out. She was sure they had one of those somewhere, but she didn’t seem to know where to look for it. Then the woman told me to wait a minute she’d be right back. So I stood there, listening to the vicious creature inside barking his head off, wondering what she went inside for. She came back out with a set of keys.

Her plan was to go find her son “over across the way” and ask him where to find the gas can. I told her I hated to trouble her, but she led me to the Jeep and told me it was no trouble. Then she also told me I’d have to get in the back, she had a passenger in the front that always rode shotgun. Her passenger was a human sized, stuffed bear–fully dressed.

She told me his name, but I forget what it was. She said she’d discovered him at a yard sale and couldn’t resist, and he’d occupied that seat ever since.

So we headed off down the long dirt road as she chatted on about the yard sale, her bear and her son. We finally got out on the main road and she drove about a half mile to the next dirt lane on the left. I couldn’t see anything but trees ahead, and a large cloud of dust that seemed to be drifting to the right and away from us. We finally rounded a bend and off to the left was another run down farm building. She pulled further up to the end of the lane where you could see the field beyond, and the big cloud of dust, and started blowing her horn.

And lo and behold, a big red tractor with a cab, began to emerge from the cloud. Slowly it curved with the lay of the land, and then sure enough a real human face emerged. The fella didn’t look too happy to be interrupted but he pulled up in front of us and stepped down. The old woman told him my dilemma and he told her where to find the gas can. Then he sauntered on back to his tractor and went right back to work.

So we climbed back into the Jeep, where the bear was keeping watch, and headed back out “across the way” to the old hills have eyes house and I followed her into the barn. She had me get back in the Jeep and took me out to the old church lot where my bike stood waiting. I poured a gallon or so into the tank and thanked her very much. I told her I was sorry I didn’t have any cash on me but if she didn’t mind giving me her address, I’d send her a check for the fuel, and asked if she knew where the closest gas station was so I could finish filling up. She wasn’t sure but she thought if I headed back the way I came and took the next right it would take me out to one eventually. I figured I could get at least 45 miles out of what I’d put in, so I’d probably be okay.

Well, it turned out I wasn’t far from knowing exactly where I was. After a few miles I realized I was close to Dover. I found my way out just fine. But the real kicker was when I got home later and started telling this story to my husband at the time, he asked me why I didn’t just flip the reserve switch.

I said, “What? What’s a reserve switch?”

He explained that older model motorcycles usually had a reserve tank that held enough gas to get you to a station if you just flipped the switch on the side of the bike, under your right leg. I made him go out to the garage with me and show me where this miraculous, mysterious switch was, and by gosh, it was right there all the time and I never knew it.

Right then, at that moment, I was fit to be tied as my momma would say. But after I cooled off and thought about, I wondered about that little old lady and how often she had anybody else to ride with her other than that big teddy bear. I decided I’d had a nice afternoon anyway, all things told (or tolled, whichever you prefer). I sat down that evening and wrote out a check for $15 (for about one gallon of gas) and a nice thank you note telling her I appreciated her kindness and I was pleased to have met her.

Yvonne Schuchart
Writer of suspense, mystery, the paranormal, poetry--short story, novel, novella. I write to entertain, inspire, motivate. I write what I would love to read. And I love to read!
|being kind|comedy|funny stories|harley davidson|human behavior|human interactions|kind people|kindness|motorcycle|motorcycle stories|running out of gas
Previous post
Next post 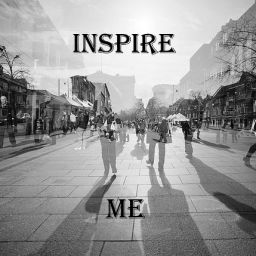 Gorgeous story. I guess you both got a bigger day than you’d planned on!

Yes, I think so. God bless her!

Great story Cindy. Have you ever condsidered wriiting a book of short stories?

Yes, I have. Working on other stuff right now, but I have definitely given it some thought. I could do some non-fiction/true stories like this. But I also thought about a collection of fiction stories as well.

Yeah, those old bikes are something else. It was fun trip all in all! Thanks for reading.