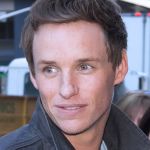 Fantastic Beasts and Where to Find Them stars Eddie Redmayne (left) as Newt Scamander, the wizard with a suitcase full of fantastic beasts. Katherine Waterston is Porpentina (Tina) Goldstein, the woman who causes problems for him.  Alison Sudol stars as Queenie Goldstein, Porpentina’s mind reading, mildly flirtatious sister. Collin Farrell plays Percival Graves, the wizard with a secret desire. Ezra Miller is Creedence, the young man who’s torn between love and loyalty. And Dan Fogler stars as Jacob Kowalski, the unfortunate (or is he?) human who gets caught up in a magical world he never realized existed.

It also stars John Voight as Henry Shaw Sr., father of the up and coming senator who has plans for legislation that spells trouble for magic. And there’s Ron Perlman as the gangster goblin, Gnarlack, whose loyalty is only to himself.  There is a surprise step-in actor near the end that I won’t run a spoiler for with my movie review inexperience. But he’s famous for some rather strange, and strangely humorous, characters in a lot of movies. And he doesn’t disappoint in this one, even though his personal appearance is practically a bit-part.

I’ve never done a movie review, but I went to see this on New Year’s Day and I felt compelled. Probably most people who really wanted to see Fantastic Beasts and Where to Find Them already have. So maybe this won’t mean much to you. However, for those who aren’t sure what to expect from a different J. K. Rowling story, and may be holding back from spending your money, I encourage you to go. It was worth the $13 for two at the Sunday afternoon matinee.

It isn’t Harry Potter revamped or revisited. This one is its own story entirely with its own plot lines and themes, quite different from the Harry Potter books and movies. The plot lines are numerous and at least one other movie review does criticize it for this reason. Endangered animals, child-abuse, good versus evil, political greed, hope versus the loss of it, loyalty and love, this one’s got a lot of content. Some argue that it bounces around too much but I didn’t find it difficult to follow.

The twists and turns  in the story were wonderful,  and if it did get a little slow in places as others argue, I didn’t really feel it that much. It seemed to carry a rhythm all its own, except maybe at the end with the wrap-up. It took some time to tie up all the loose ends, which is probably why some reviewers thought it went into too much history. Most likely had to be told to start the next movie off right. (There is supposed to be at least one more.)

The action was fantastical, but then that is the genre, so I’d expect it. The human who represents all of us, Dan Fogler as Jacob Kowalski, is great at adjusting to the idea of magic as reality and then he doesn’t want to lose that knowledge. I sympathize.

I have to admit, I have not read this book. I’m still working my way through the Harry Potter series. But I will have to get Fantastic Beasts and Where to Find Them as well. I’d give it 4 out of 5 stars, largely for its departure from the Harry Potter stories. And also for the way Rowling managed to connect them at the same time. Simply put, it’s a story about what’s happening with a whole group of other people who are part of the wizarding world though not directly part of Hogwart’s. Except Redmayne as Newt Scamander, who travels from London to America to return an especially unique creature to its own world.

Worth seeing the movie and I hope worth reading the book.

Roger Ebert gives it 3 out of 4 stars. Common Sense Media rates it 4 out of 5, and Rotten Tomatoes gives it an overall 73% rating. 190 fresh ratings and 69 rotten ones. Catch the trailer on Youtube at https://www.youtube.com/watch?v=YdgQj7xcDJo.